On October 22 Friday, the Korea Institute of Child Care and Education in collaboration with the Korean Federation of Teachers Union, World Without Worries about Shadow Education, and the National Assembly, held the third KICCE Policy Discussion Seminar under the theme of "number of children per class for the future of education" in the conference room located on the 9th floor of the institute.

It was the second meeting in a series of debates on the future reform of the early childhood education and childcare system in South Korea. The seminar was co-hosted and organized by KICCE, the Korean Federation of Teachers Union, World Without Worries about Shadow Education, and Members of the National Assembly including Reps. Minseok Kim (head of the Health and Welfare Committee), Deukgu Kang, Minjung Kang, Byungwook Kim, Jongmin Kim, Youngdeok Yoon, and Eunju Lee.

The forum was held in a meeting format for real-time YouTube telecasting. This session will be followed by a series of discussions under the theme of "Presidential Council on Early Childhood Education." 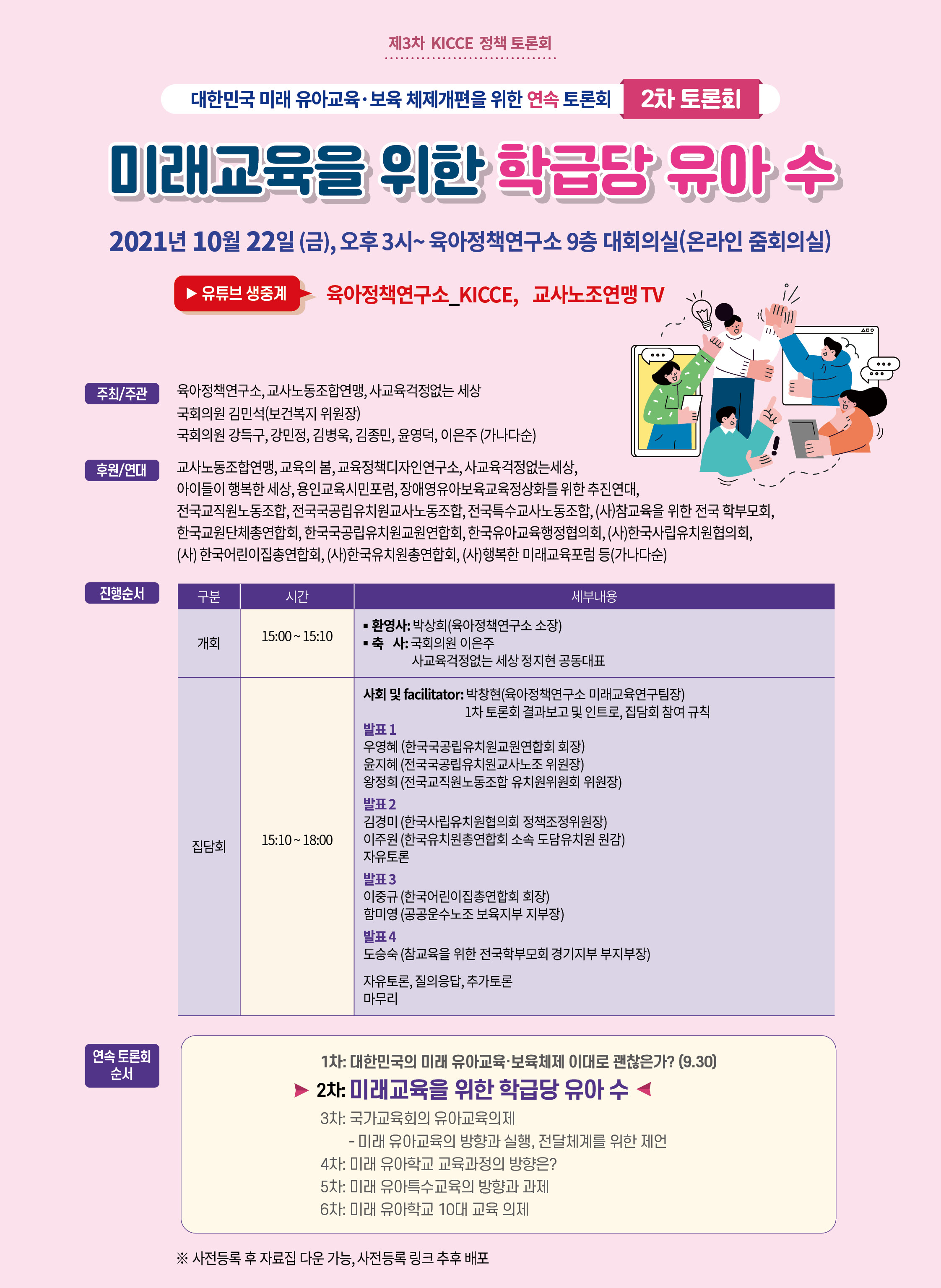