Starting with the greeting of Choi Jong-kyun, head of the Office for Population Policy of the Ministry of Health and Welfare, presentations were conducted by division to establish the 4th mid- to long-term basic plan for childcare. The following presentations were made by each division: in the first division, Kang Jung-won, a professor at Korean Bible University, presented on "Comprehensive Family Care Support with the Introduction of Parent Benefits;" in the second division, Kim Jung-hwa, a professor at Mokpo National University, presented on "Improvement of the Quality of Child-centered Childcare Services"; in the third division, Kwon Ki-nam, a professor at Osan College, presented on "Enhancing the Professionalism and Capacity of Childcare Faculty"; and in the fourth division, Shin Na-ri, a professor at Chungbuk National University, presented on "Strengthening the Basis for Childcare." The discussion was led by Seo Young-sook, an honorary professor at Sookmyung Women's University. The following participants expressed their opinions on the 4th Basic Plan for Mid- to Long-Term Care: Hwang Ok-kyung, a professor at Seoul Theological University; Cho Mak-rae, a researcher at the Seoul Foundation of Women & Family; Kim Mi-jung, a researcher at the Gyeonggido Women & Family Foundation; Kim Mi-jung, president of Chungnam Child Care Support Center; Won Se-yeon, director of Childbirth and Childcare Division of the Busan Metropolitan City Hall; Lee Joong-kyu, president of the Korea Edu-care Association; Ham Mi-young, head of the Nursery Teacher Branch of the Korean Confederation of Trade Unions; and Yoo Bo-young, director of Child Care Policy Division of the Ministry of Health and Welfare. 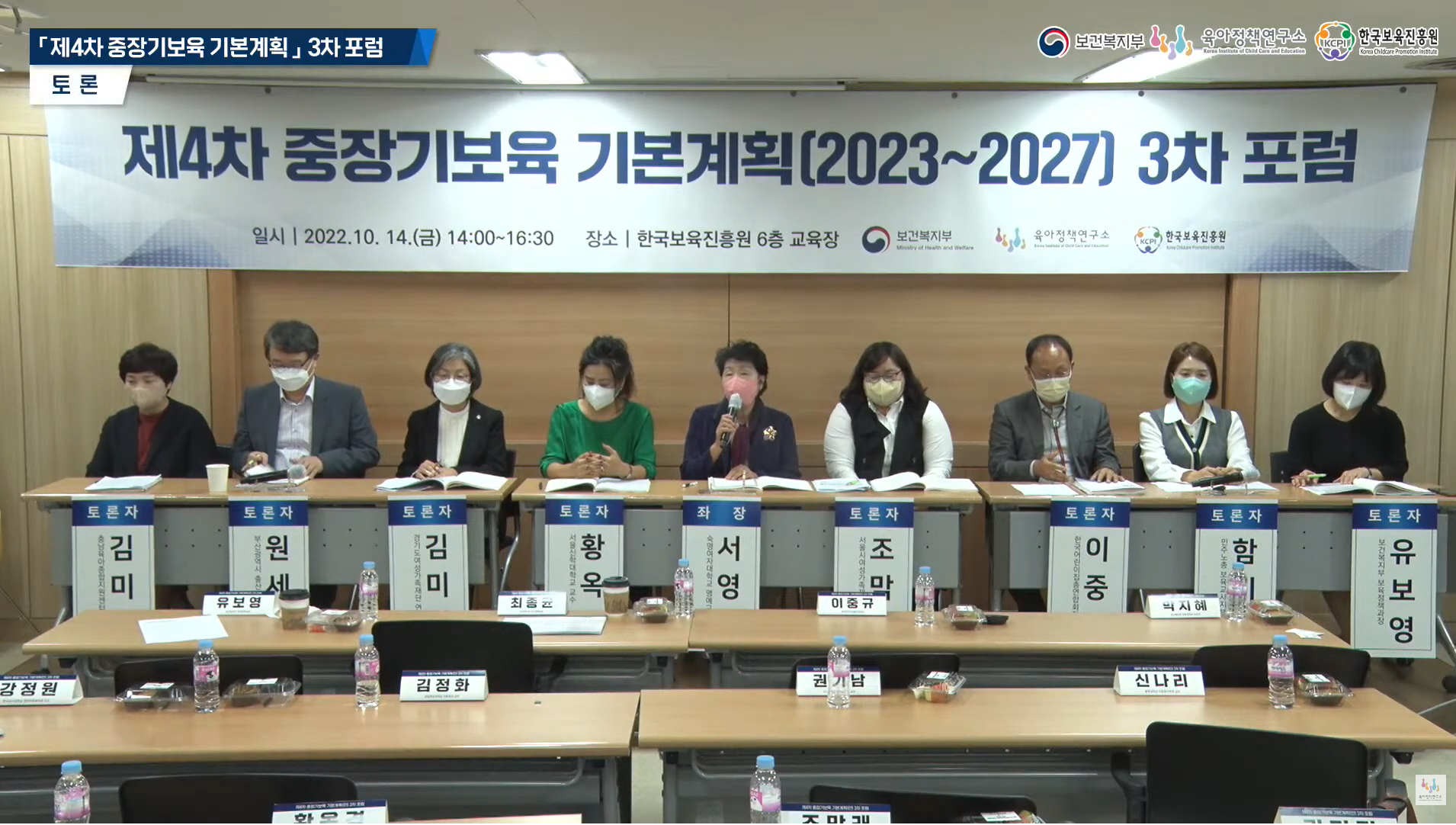